Epic’s Unreal Engine 5 was fully released this week, and one developer has already begun using the software to create a Superman-style game from The Matrix-themed City Sample asset pack.

While the hero in video game tech artist Volod’s flight demo doesn’t bear any resemblance to the Man of Steel physically, he does have a similar powerset and can fly around the city at a velocity that is likely faster than a speeding bullet.

“If I can find an interesting gameplay loop that ties into the flight mechanic, I’d consider putting together a minimum viable product or demo and releasing it to the public,” Volod said to Kotaku. “But obviously without the association to the Superman IP.” 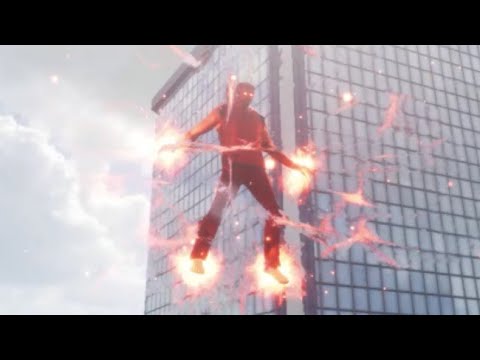 The assets that Volod used to create the Not-Superman simulator were used in last year’s Matrix Awakens tech demo for Xbox Series X|S and PS5. In addition to a brief car chase sequence, the demo allows players to explore a city that shows off new buildings, vehicles, and crowd technologies, as well as other signature tools within Unreal Engine 5 like the Lumen lighting system and Nanite virtualized geometry.

The official full release of Unreal Engine 5 has seen a number of big announcements so far. CD Projekt Red will develop its next Witcher game with the software, a new Tomb Raider game from Crystal Dynamics has entered production, and dozens of other studios are also creating projects within the powerful suite of development tools.

While the last solo Superman outing was 2006’s Superman Returns movie tie-in game, the Kryptonian has been featured in a number of other games over the years like Injustice 2 and Lego Batman 3: Beyond Gotham.

You’ll be able play as him in crossover fighting game Multiversus next year–with Sephiroth voice actor George Newbern returning to the iconic role–and you’ll be tasked with taking him down in Rocksteady’s Suicide Squad: Kill the Justice League.

Every Unreal Engine 5 Game So Far