With how busy March was with new games, no one can blame you if you missed a few. On March 25 alone, players got Kirby and the Forgotten Land, Ghostwire: Tokyo, and Tiny Tina’s Wonderlands. But just one day before that, a game that’ll likely stick in my mind longer than any big-budget title launched: Norco.

Spotlighted during last year’s Tribeca Festival, Norco is a southern gothic point-and-click game set in a dystopic version of Louisiana. There’s a twisted mystery at the heart of the narrative-driven adventure, one that weaves around topics such as the oil industry, big tech, and religious fanaticism. All of those forces have destroyed a once quiet suburb, suffocating it in an industrial swamp.

While Norco tackles weighty themes that make it a haunting reflection of our own reality, its interpersonal relationships create its true tragedy. At its heart, Norco is a game about a family that’s been torn apart by the noise of the modern world.

Norco crafts a dense sci-fi dystopia over the course of five hours, but its opening moments are comparatively grounded. It begins in a small bedroom, as golden light shines through a pixelated window. Within a few clicks, we learn that the game’s protagonist has returned to their hometown to sort out some family drama. Their mother has died of cancer and their brother Blake has gone missing. The opening moments are quiet, as players click around the empty house to get flashes of the family’s troubled past.

That stillness quickly dissipates the moment the protagonist steps outside and reunites with the family’s sentient security robot. From that moment on, the personal story is buried underneath a sprawling sci-fi mystery that’s rooted itself throughout southern Louisiana.

Each revelation pulls players further away from their personal drama. The story quickly leads to an investigation of Shield, a shady oil company whose machines tower above every rural skyline. That thread uncovers a secret war for an unknown resource hidden in a nearby lake. Eventually, those plot points intersect with a bizarre religious cult slowly rising in the town, which itself involves an augmented-reality app that reveals invisible prophecies hidden around town.

Oh, then there’s all those birds. Don’t ask me to explain that one.

Every thread is stored in a mental “mind-map,” which shows how all of the game’s disparate characters, places, and plot points connect via flowchart. Despite being a linear adventure with little choice, it’s an engrossing investigation that paints a full portrait of its version of southern Louisiana — a soon-to-be ghost town that’s having humanity drained out of it like a natural resource.

That’s the grand tragedy plaguing its central family. The deeper the story gets, the more the protagonist’s deceased mother is reduced to a pawn in a convoluted war between corporations and technological entities. Her last painkillers, sprawled out on the kitchen table, become a bargaining chip for a convenience store clerk who’s been automated out of a job. Outside of that quiet opening, there’s no space to grieve for her past her home’s front gates.

Moments of personal reflection are fleeting. The protagonist barely gets a moment to think about the strained relationship with their brother before they’re led to the heart of a tech-obsessed religious cult — one where members have quite literally sacrificed their identities. The family’s absent father, Blue, is described as a “vague memory.” His featureless portrait is a small blur in the complicated mind-map; a footnote in-between long lore dumps about CEOs vying for dominance.

The family is irreparably fractured and the deeper the mystery goes, the less hope there is that the last remaining pieces of it will fit back together. There’s too much noise, too many distractions in its industry-dominated world. The rising swamp has swallowed them whole, just as it has the homeless people that line its dirty streets and the desperate cultists praying for escape.

Norco is a sobering point-and-click adventure game that goes beyond the usual critiques of American capitalism in media today. Rather than honing in on the system’s surface faults, it zooms in on the personal toll. A family drifts apart in a sea of sludge. A suburb’s residents are displaced as oil derricks steal the skyline. The only hope for preserving the bits of humanity left in Norco is to get out of town – no matter how far its residents need to go to do so. 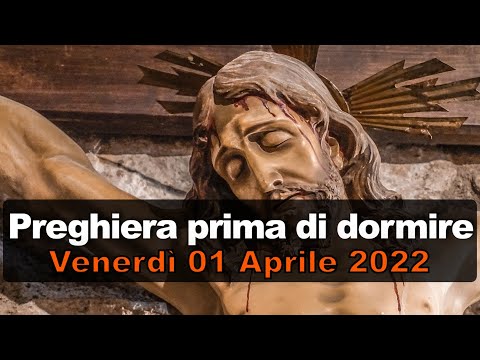 Norco is available now on Steam and itch.io. It’s available as part of Xbox Game Pass for PC.