The OnePlus 10 Pro has the second generation of Hasselblad’s special software for mobile cameras, and we’ve been impressed with some of the results already. However, the real test comes when we put it up against other very capable phones. Over the past week, I’ve carried both the OnePlus 10 Pro and the Apple iPhone 13 Pro around and snapped photos with both. Now we can see which one takes the best photos. 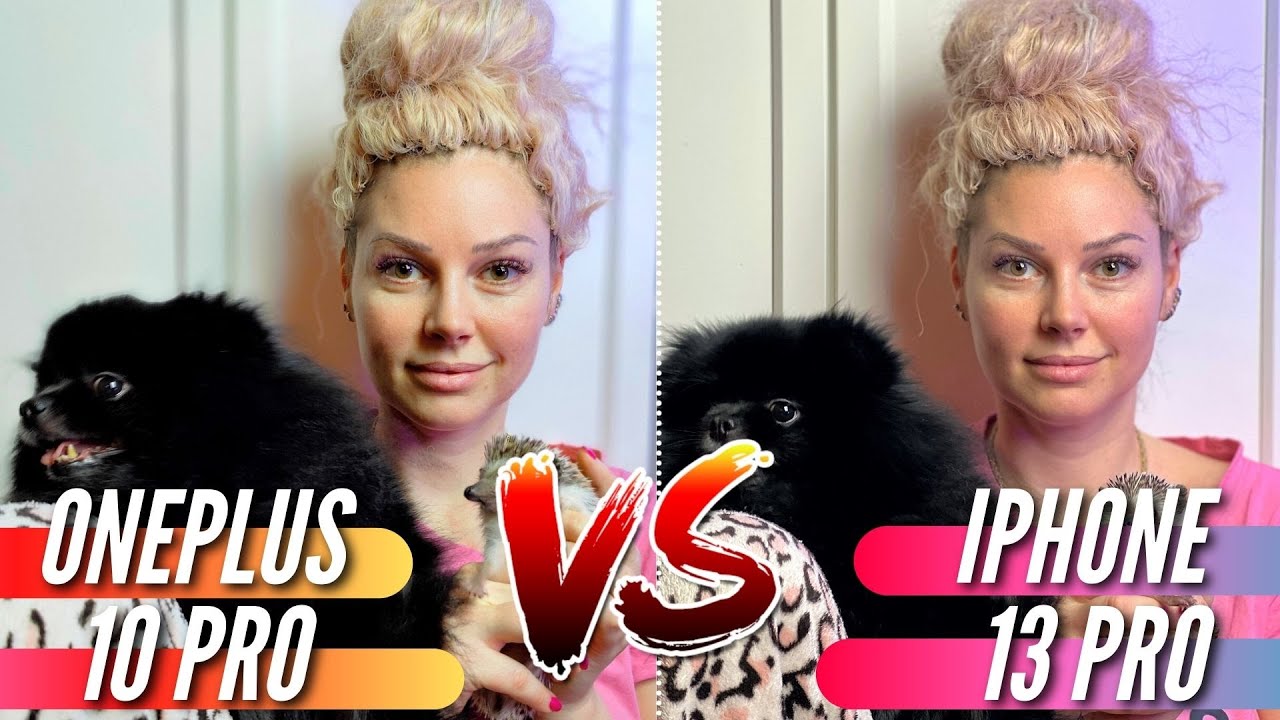 Before we address the photos, we should see how the two cameras differ when it comes to hardware. The iPhone 13 Pro has three 12-megapixel cameras for main, wide-angle, and telephoto duties. The main camera has an f/1.5 aperture, dual optical image stabilization (OIS), a seven-element lens, Smart HDR 4, and Apple’s Deep Fusion technology. The telephoto shoots at 3x optical zoom, and the wide-angle camera has a 120-degree field-of-view.

The OnePlus 10 Pro has a 48MP Sony IMX789 main camera with an f/1.8 aperture, a seven-element lens, OIS, and Hasselblad for Mobile software. It’s joined by a 50MP wide-angle camera capable of an up to 150-degree field-of-view, plus an 8MP telephoto camera with OIS and a 3.3 optical zoom. On the front of the iPhone is another 12MP camera, while the OnePlus 10 Pro has a 32MP selfie camera.

For reference, all the photos here were shot in auto mode, and without tapping to find a focal point. All photos have been viewed on a color-calibrated monitor, but have then been resized to make them more web-friendly.

I did get some strange looks when taking photos of flowers in the dark, but it was worth it. The photo was taken an hour after sunset using Night mode on the OnePlus 10 Pro and letting the iPhone automatically set the exposure time. The difference between the two is considerable.

The OnePlus 10 Pro’s photo captures colors accurately and certainly brightens the scene effectively considering it was actually quite dark at the time. It’s obvious what I’m taking a photo of, there’s a nice depth of field, and it’s an entirely functional representation of what daffodils look like in the dark.

However, the iPhone 13 Pro goes a step beyond. Look closely and the petals are clearly detailed, there’s depth and variation in the color, and the focus is absolutely spot-on. There’s none of the smoothing evident in the OnePlus 10 Pro’s photo at all.

This photo shows the depth of field when shooting close-up, how the OnePlus 10 Pro deals with color accuracy, and how it’s affected by the lack of a macro mode. The iPhone 13 Pro switched to its macro mode automatically when I moved in close for a clearer photo, where the OnePlus 10 Pro reached its focal limit sooner. In the interest of fairness, the iPhone’s photo here is taken without macro mode active.

Hasselblad’s involvement on the OnePlus 10 Pro’s camera is pitched around reproducing natural colors, but there’s nothing natural about the radioactive green it has given certain pieces here. The iPhone 13 Pro has captured them far more accurately and has given the black pieces more depth and tone too.

The OnePlus 10 Pro gets the gray brake disc piece right and there’s a good level of detail too, but the green is so striking it’s almost all that grabs your attention. The balance of the iPhone’s photo means you examine it as a whole, and it makes the photo better.

This is an interesting 1. It was a beautiful day when I took the photo, and the iPhone 13 Pro captures the sky wonderfully, showing the small amount of white clouds against a lovely shade of blue. However, the tone is then much darker for the trees and the green around the daffodils. The overall photo is quite warm, but I’d have preferred a little less shadow in the background. The balance is just slightly off.

The OnePlus 10 Pro goes in the other direction. The yellow and green of the daffodils is much brighter, as are the trees and foliage in the background. But the photo then washes out the sky, preferring to expose based on the foreground. This gives the tree trunks a slightly yellow tint, unlike the obvious brown on the iPhone’s photo.

It’s when you zoom in that the differences become obvious. The iPhone 13 Pro’s photo is considerably sharper, and each individual flower head is visible throughout, while in the OnePlus 10 Pro’s photo, they become far less distinct the deeper into the photo you look. It makes the iPhone 13 Pro the winner.

The main camera on the OnePlus 10 Pro can take some great photos. However, when you put the shots next to the iPhone 13 Pro, the way it deals with color and exposure really stands out, and not really in a good way. I’ve included several examples here to show how the two take very different photos.

The first shows where the OnePlus 10 Pro can shine. The iPhone 13 Pro’s treatment of the sky is off, as it was actually quite hazy, which is evident more in the OnePlus’ photo. The grass has more pleasing color, and I like the brighter brickwork on the tower.

This photo was taken in the late afternoon with the sun behind me, and the iPhone 13 Pro reproduces the color of the growing crop in the field accurately. While the sky is bluer in the photo than it was in real life, the picture doesn’t suffer because of it.

The OnePlus 10 Pro — with Hasselblad’s color tuning, remember — turns the green crop more yellow, while showing a slightly more accurate sky with its high white cloud. However, I can assure you the crop is a wonderful fresh green color and not the yellowy green shown in the OnePlus 10 Pro’s photo.

Here’s another example. Shot around midday, the OnePlus again insists on turning the green grass more yellow, and in the process overexposes the house and the trees. The iPhone 13 Pro favors the blue sky, and shows a lot more detail in the brickwork on both the wall and the buildings.

These photos were all taken on different days and at different times, so it’s impossible to blame environmental aspects for the unusual performance. It’s more likely the OnePlus 10 Pro’s software — I’m using the phone prerelease — still requires tuning. However, the first two images were taken after a software update had arrived on the phone toward the end of my initial review period.

Both cameras have a similar level of optical zoom, but the megapixel count is dramatically different, and in some situations, it really shows. Early on in my tests, the OnePlus 10 Pro’s telephoto camera took bad photos, but they seem to have improved after one software update. For this reason, I won’t compare the early photos I took.

Between the two, it’s an easy win for the iPhone 13 Pro. I always want to see an optical zoom feature on a smartphone as it increases versatility, but OnePlus shows it still needs to be technically competent.

Using the front camera on both phones with Portrait mode active, neither camera did a great job with edge recognition. The iPhone’s default blur effect is stronger than that of the OnePlus, but neither gets my glasses right at all. Not only is the lens not identified correctly, but sections around it also confuse the software. The iPhone fails around my cheek too.

I prefer the iPhone’s skin tone visually, but admit the OnePlus is probably more accurate as it was quite cold at the time. The iPhone is also far better at reproducing the black of my fleece, while the OnePlus’ picture gives it an almost blue tint.

The poor edge recognition means I wouldn’t share either photo, but the level of detail in each is impressive. Choosing a winner is difficult as neither photo is ideal, and although I personally prefer the coloration, this is going to be a draw.

Ahia. There’s not much point in totaling up the wins and losses here, as the iPhone 13 Pro hasn’t lost one category. Perhaps worse, the OnePlus 10 Pro hasn’t really come close to a decisive win either. Does this mean the latest OnePlus phone has a terrible camera? No. As you can see in our review of the phone, he camera can take some great photos, but we note its inconsistency and the disappointing telephoto and wide-angle cameras.

What these photos do show, along with the ones in our review, is that the OnePlus and Hasselblad partnership still hasn’t produced stellar results. The software is supposed to enhance colors, with the word “natural” being used on multiple occasions, but so far there isn’t much evidence of this in action. This is the second generation of Hasselblad’s software, and we’ve yet to see how it’s adding value.