Apple has announced its 2022 Worldwide Developer’s Conference (WWDC), which will take place between June 6 and June 10. There, the company traditionally shares what it plans for MacOS, iPadOS, and iOS this coming fall. If patterns hold, Apple will be announcing iOS 16, the next big update coming to iPhones. It’s expected to be a sizeable update, with tweaks to the system apps as well as the operating system as a whole.

Apple’s iOS 16 is expected to break cover at Apple’s WWDC on June 6. As with Google’s I/O in May, the company will share a lot of the core features of the next update before it begins rolling out developer previews and beta releases. Not all iOS 16 features will be made immediately available for testing (or even at the release of iOS 16 based on what we’ve seen with iOS 14 and 15), but the company can be expected to make at least most of them available.

After the developer previews and betas run their course from June, Apple will release the finalized public version of iOS 16 around September or October, usually around the same time as the next iPhone model.

What phones can we expect to run iOS 16?

Apple is known for supporting its iPhones for extended periods compared to Android rivals. The Pixel 3 and 3a for example won’t be getting Android 13 this fall, while the similarly aged iPhone X and XS will almost certainly get iOS 16.

iOS 15 is currently supported on all iPhones from the iPhone 6S and on, a rumor claims that Apple will be dropping the iPhone 6S, 6S Plus, and SE (2016) from the lineup. If true, then iOS 16 can be expected to run on devices from the iPhone 7 and newer. With the iPhone 7 being six years old, Apple would still be comfortably ahead of its Android rivals, most of whom support phones with full upgrades for three years at maximum.

The new iOS 16 software will also almost certainly come pre-installed on the iPhone 14 series, which will likely launch around September or October this year.

What features will iOS 16 bring?

We don’t know much about iOS 16’s features at this stage. Unlike Android which is open source, Apple’s iOS is closed-source, which works in Apple’s favor when keeping upcoming features secret during testing. Despite this, some details have trickled out about a potential feature coming for iOS 16.

One leak, from a source without much background in reliable Apple leaks, has revealed Apple could be working on interactive widgets for iOS. This may be similar to Android phones, where actions can be performed using widgets rather than apps or notifications. While iOS introduced widgets with iOS 14, those have been more akin to the live tiles of Windows 8 than the rich widgets one would find on Android. Treat this as a wishlist item until further evidence is revealed.

In the absence of facts or rumors at this stage, what do we want to see in iOS 16? Ever since iOS 7, Apple has kept the same broad design for its mobile operating system. Maybe it’s time for a change? If Apple were to redesign iOS, it need not be a change as encompassing as Google’s Material You design for Android, but even opening up the customization experience it introduced with Shortcuts could go a long way toward changing the feel of iOS, which some consider limiting.

Another thing iOS could stand to improve is the notification center. Adding an indicator for unchecked notifications could help people avoid notifications, and improving actionability is another feature that would go far.

With the new iPhone 14 rumored to be 6.7-inches, Apple’s main iPhone line will all be over 6 inches for the first time. The company still does not offer a split-screen feature to take advantage of that size. Perhaps it would be time to add that feature.

Finally, with the EU pushing for cross-compatibility between messaging apps, perhaps Apple could consider building RCS into its iOS Messages app, allowing for enhanced messaging with Android users.

We will continue to update with iOS 16 rumors here in the months leading up to WWDC 2022 in June. 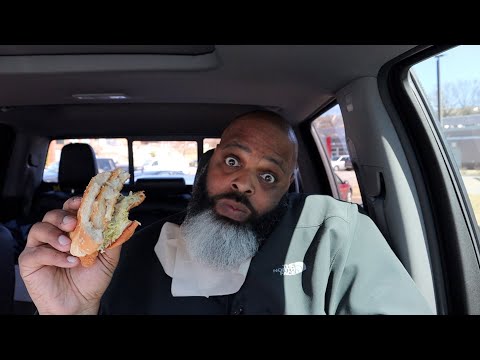