Most modern sports game franchises have settled into mediocrity. Companies like EA and 2K have found a lucrative formula for franchises like FIFA, Madden, and NBA 2K, so they rarely have to reimagine what those series look like despite some hardcore fans’ frustrations. Sony San Diego’s MLB The Show series has slowly fallen into the sports game slump in recent years.

While MLB The Show 22 features some new modes, updates to existing ones, and a new commentary team, the gameplay itself doesn’t feel like much of an improvement over MLB The Show 21. Despite that, I’m having a great time with it, thanks to Xbox Game Pass. Mediocre sports games are somewhat mindless, enjoyable comfort games for many players like myself. Playing them through Xbox Game Pass ensures I don’t feel self-conscious about spending lots of money on a game super similar to a title released 12 months prior.

As long as the series remains on Xbox Game Pass, I doubt I’ll ever play MLB The Show on PlayStation again. That said, I’m probably going to continue to play each new installment every year because of the niche it fills on Microsoft’s subscription service.

If it ain’t broke

Only having some minor adjustments does make a bit of sense as MLB The Show 22 just launched on more platforms than ever. Historically, it was a PlayStation console exclusive series; following a 2019 deal with the MLB, Sony San Diego’s baseball titles made it to Xbox One, Xbox Series X and S, and now Nintendo Switch. When you’re focused on expanding your audience and have to make a game in under a year, it makes sense not to introduce any radical changes to core gameplay mechanics and only tweak and add to what’s already there.

Admittedly, MLB The Show 22′ s gameplay is also just in a really good place. The pitching, batting, and fielding all have a lot of depth and different control schemes, even if these mechanics are the same as last year’s.

MLB The Show 21 is what got me back into this franchise, after all. When I returned to this series after taking a break from it for several years, I found that MLB The Show games are perfect titles for me to play to relax. It lets me engage with one of my favorite sports without thinking about the game too hard; plus, I get to live out and actively play out the fantasy of the White Sox winning another World Series in my favorite modes like March to October and Franchise. 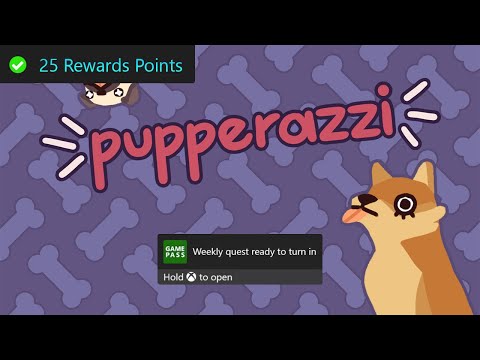 Although I have a huge backlog, I often gravitate toward sports games like MLB The Show when I’m bored and don’t know what to play. There’s definitely some value to a game like that, especially on a subscription service.

Like last year’s title, MLB The Show 22 is on Xbox Game Pass, and it affirms that sports games are more appealing to me when included in a subscription service. Typically, MLB The Show 22 costs $70 on current-gen consoles. I would not feel comfortable paying that much for an annualized sports game with incremental improvements, but I’m more than willing to have a good time with MLB the Show 22 if it’s offered as part of something I’m subscribed to. This speaks to Xbox Game Pass’s ability to get me to play games that I might not normally try, even ones developed by its biggest competitor.

Although I won’t buy any, Xbox Game Pass MLB The Show 22 players can still purchase microtransaction. They also have access to cross-progression if they buy the game on another platform. Overall, this setup seems like a win-win for players and Sony, especially for a game that would otherwise underwhelm. I now fully understand why MLB pushed the Game Pass deal onto PlayStation: Sports games are great fits for gaming subscription services. Plenty of players like myself would like to sit back, relax, and engage with their favorite sport, but most sports games don’t feel worth the full price.

MLB The Show 22 isn’t the only game to benefit from Xbox Game Pass; there are plenty of sports games on the service, especially if someone has EA Play via Xbox Game Pass Ultimate. Of course, there’s always the worry that gaming subscriptions will cause developers to start caring more about quantity than quality. MLB The Show 22 ‘s situation is an example of why that’s something to be worried about in the long term.

For now though, there are still plenty of critically acclaimed games on Xbox Game Pass that I have tried in addition to this guilty pleasure. But if I’m ever bored or stressed and want to play a game to pass the time, MLB The Show 22 will be the first game I’ll boot up.